A core part of BlockchainWeekend NYC, BlockchainWeekend Summit New York is taking place on November 8th and is a must attend event for anyone interested in blockchain. Focused on Future tech, governance and decentralization, this summit will encompass amazing panels, keynote speakers and networking events.

Supported by the City of New York (NYCEDC), BlockchainWeekend Summit brings together a growing list of speakers and panelists that include a veritable ‘Who’s Who’ from New York City’s tech ecosystem. These include leaders of Tech Forward NYC, and Ideanomics, a company with broad involvement in the blockchain space, as well as many other prominent technology companies spanning a diverse range of business verticals in New York City. Join on this fantastic event with a lineup of great speakers, panels, live showcase projects and learn what NYC’s vibrant tech community has to offer . Your ticket includes drinks (wine, beer, etc) and food, so grab a ticket and you are all set for this BlockchainWeekend extravaganza.

“We are excited to see collaborative, community-driven initiatives like BlockchainWeekend NYC that are helping grow New York City’s blockchain community,” NYCEDC Chief Strategy Officer Ana Ariño, “BlockchainWeekend is a first-of-its-kind event that aims to provide vital resources and connections to residents across the 5 boroughs, from the blockchain curious to blockchain professionals, giving everyone an opportunity to participate in the development and growth of this technology.”

Future of Blockchain: Whats on the Horizon

The exciting thing about blockchain is there are so many possible use cases where peer-to-peer transactions, trustless trust, greater efficiencies through disintermediation will alter existing industries in ways not yet conceived of. This panel is sure to touch on these topics:

As we well know here in the United States, many aspects of the healthcare system need improving. Not all of the problems can be solved with technology. Some require the political will to implement other models of providing healthcare. But there are areas where the tools of technology will make healthcare better. The panel will explore:

“We’re excited to see the blockchain community continues to grow and come together for BlockchainWeekend. Looking forward to hearing updates from the teams that participated in the NYC BigApps Blockchain Challenge, as well as the other exciting blockchain projects from around the world.”

With more than ten years of diverse global experience, Sunanyna has a proven record for building new ventures from scratch and leading the kind of change that is critical in shaping the future of business. In her current role, Sunayna is responsible for building a scalable blockchain and crypto practice within TD Ameritrade. This rapidly growing practice is inclusive of partnerships, investments and products to harness the growing power of distributed ledger technology.

The mission of the Chamber is to improve the business climate and quality of living in the New York Metropolitan Area for businesses, workers, residents and visitors. It provides valuable services to over 30,000 business and civic leaders who represent the backbone of the Greater New York business community.

Weild is also known as the “father” of the JOBS Act, and has been involved in drafting legislation for the US Congress.Weild has stated that larger economic incentives to support small-capitalization stocks could buoy prices and liquidity leading to more IPOs and, thus, an acceleration in job creation.

ConsenSys is the world’s largest blockchain venture company, focused on the Ethereum platform, HQ’d in Brooklyn, and with over 1,000 professionals in 22 countries across the world. It offers capital, technology, and services for building distributed applications. ConsenSys currently incubates more than 50 ventures, building assets and infrastructure to serve many industry verticals.

A non-profit organization that runs the largest Meetup group in the world, the NY Tech Meetup (NYTM). With over 61,000 members and a mission to build a more sustainable and diverse technology industry for all New Yorkers, the organization sits at the center of the NY Tech ecosystem.The mission of the NY Tech Alliance is to represent, inspire, support, and help lead the New York technology community and ecosystem to create a better future for all. Created through the merger of NY Tech Meetup and the New York Technology Council, He is also a co-founder of QueerTech, a non-profit based in Montreal focused on empowering, connecting, and increasing the visibility of LGBTQ+ entrepreneurs and technologists.

He was a senior economist at the New York Telephone Company and research analyst for the U.S. Department of Justice, Antitrust Division in the Economic Policy Office.

Dr. Engelman is the Medical Director of the Heart, Vascular and Critical Care Units at Baystate Medical Center. He is an Associate Professor of Surgery at The University of Massachusetts-Baystate, and Tufts University School of Medicine. He started the Enhanced Recovery After Cardiac Surgery (ERAS® Cardiac) Collaborative to nationally standardize best practices. He is led a group of international experts to publish the first consensus guidelines for best practices in enhanced recovery following cardiac surgery.

Dr. Aklog is an adult heart surgeon/entrepreneur and Chairman & CEO of PAVmed Inc. (Nasdaq: PAVM), a multi-product medical device company which he co-founded based in 2014 on a portfolio of five of his own inventions. He also serves as Executive Chairman of two privately held medical diagnostics subsidiaries he co-founded – Lucid Diagnostics Inc. and Solys Diagnostics Inc. as well as Chairman and co-founder of HealthChain Solutions Inc., a blockchain company developing novel healthcare supply chain solutions. He previously co-founded Pavilion Holdings Group LLC which created four medical device companies including venture-backed Vortex Medical which developed and commercialized his life- saving invention AngioVac® and was sold in 2012 to Angiodynamics (Nasdaq: ANGO).

More speakers are announced every day. 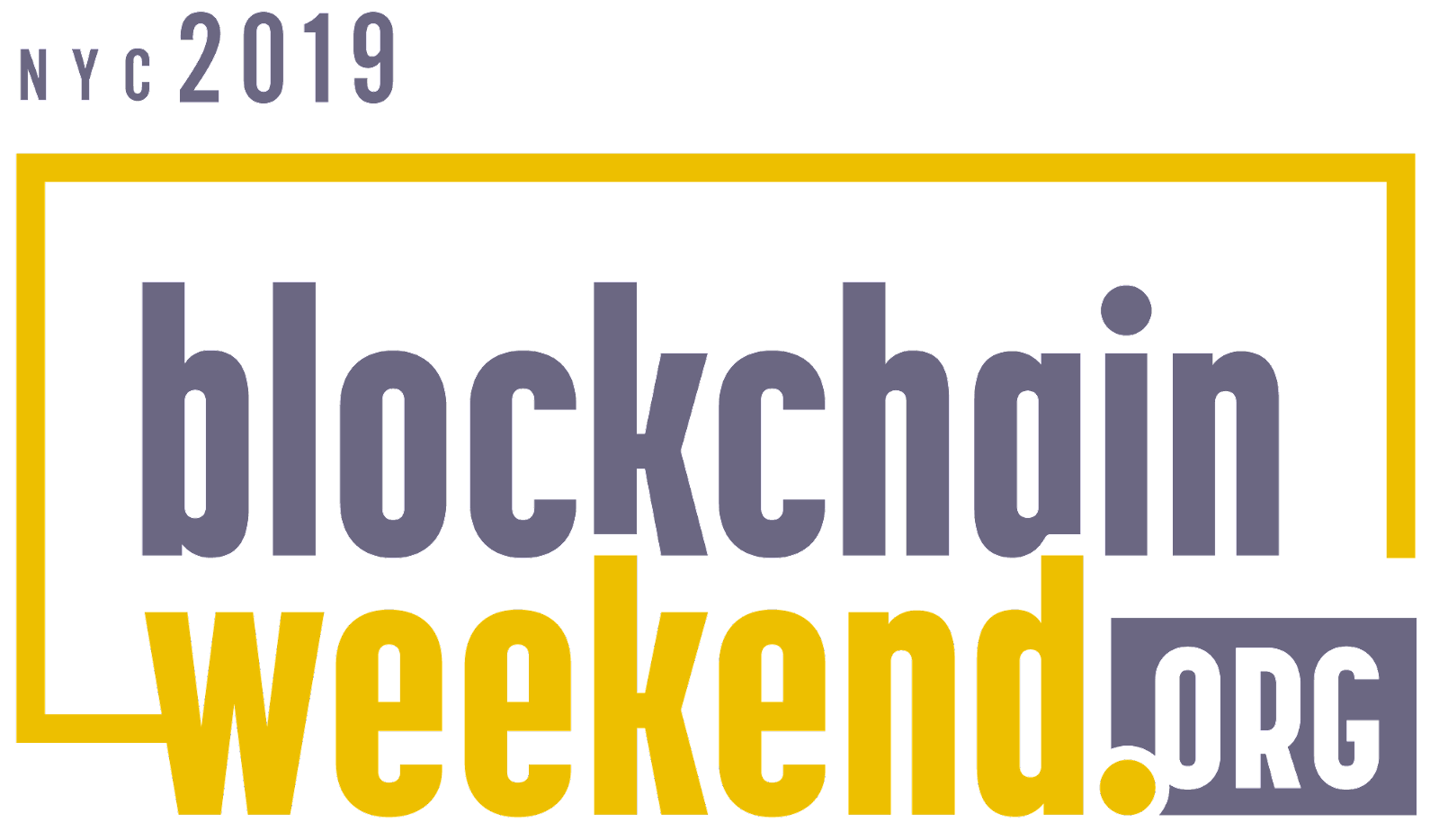 With New York City teeming with activity in the blockchain and distributed ledger technology realm, there will be two panels covering cutting edge topics in Health Tech , FutureTech, and Governance.

You will also be able to engage with Live Projects and showcases on blockchain in our blockchain lab space / networking.

This event will highlight great speakers and the latest projects on blockchain; bringing together the NYC tech community. There will also be a networking event allowing everyone to connect with like minded blockchain aficionados.

Projects such as cloud storage on blockchain, that 3box is building on Ethereum.

“New York’s tech scene has been growing for years, and with a focus on meaningful problems and products for global customers. So it’s no surprise it’s become one of the hottest centers for blockchain and distributed tech. BlockchainWeekend NYC is a great opportunity to bring the community together and bring new people into it, and we’re so excited to be showcasing what we’re building at 3Box and meeting the other great blockchain projects, teams and people that will be there. ”

After hearing from leaders in the tech community, stick around, mingle and make connections! You will be able to connect with NYC’s blockchain community, network with blockchain trendsetters, see new products and projects being launched in blockchain, meet companies and see what they have to offer.

Whether you’re new to blockchain, or an expert, BlockchainWeekend Summit is a great chance to learn and get involved in the ever-growing blockchain community!

Early Bird Tickets are almost sold out. Grab yours to reserve a spot. We have limited space, once sold out, we wont have any more space.

Blockchain technology today forms the basis of on-line secure ledger/settlement system. Blockchain is gaining momentum since it has multifaceted applications...

Returning to the US for the fourth time, IFN Americas Forum 2018 will offer practitioners a unique chance to discover,...

As part of Cognifest (https://www.cognifest.org/), a week-long city AI Festival, and its first year in New York City, please join...