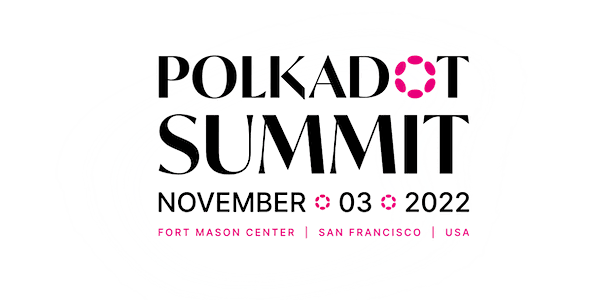 Join world-class teams as we gather at the epicenter of innovation to share the vision of Web3. A day of open discussions on the possibilities in the Polkadot ecosystem.

Take part in exciting talks, networking, and learning during two rooms of programming. Tracks to include speakers from leading Parachains, Parity Technologies, and leaders in Web3.

Polkadot is the brainchild of Dr. Gavin Wood – the co-founder of Ethereum and inventor of Solidity. Dr. Wood started working on his idea to “design a sharded version of Ethereum” in mid-2016. Polkadot is the most common crypto asset among VCs and hedge funds.

Astar Network – The Future of Smart Contracts for Multichain. Astar Network supports building dApps with EVM and WASM smart contracts. The focus is to offer developers true interoperability, with cross-consensus messaging (XCM). We’re a team of developers made for developers. Astar’s unique Build2Earn model empowers developers to get paid through dApp staking. This acts as a well-deserved compensation for the code they write and dApps they build.

Astar’s vibrant ecosystem has become Polkadot’s leading Parachain globally. We’re supported by all major exchanges and Tier 1 VCs! Developers can build dApps on Astar with the same flexibility of Ethereum and WASM tools. Astar Space Labs offers an Incubation Hub – for top TVL – dApps to speed up growth on the Polkadot and Kusama Networks.

Web2 vs Web3: So you want to work in Web3? Hiring, Culture, Ambassadors, Global Workplace, Decentralized Workforce. In Web2 there is a lot of paid advertising in marketing. While in Web3, you focus a lot on your community growth. In Web2, you focus on revenue generation and profitability. In Web3, you focus on delivering value and growing an ecosystem of applications and developers to be self-sustaining.

Investing in Web3: Eagerly building toward a blockchain future, we discuss topics that provide outlook for our industry. Which types of companies will lead us through the next bull cycle? What kind of growth can we expect in the next decade? What does success look like for blockchain VCs? Hear personal accounts from top VCs in the space.

Phat Contracts: Scaling computation and meeting the needs of next-generation Web3 developers. What it does, when to use it & demo of existing dApps.